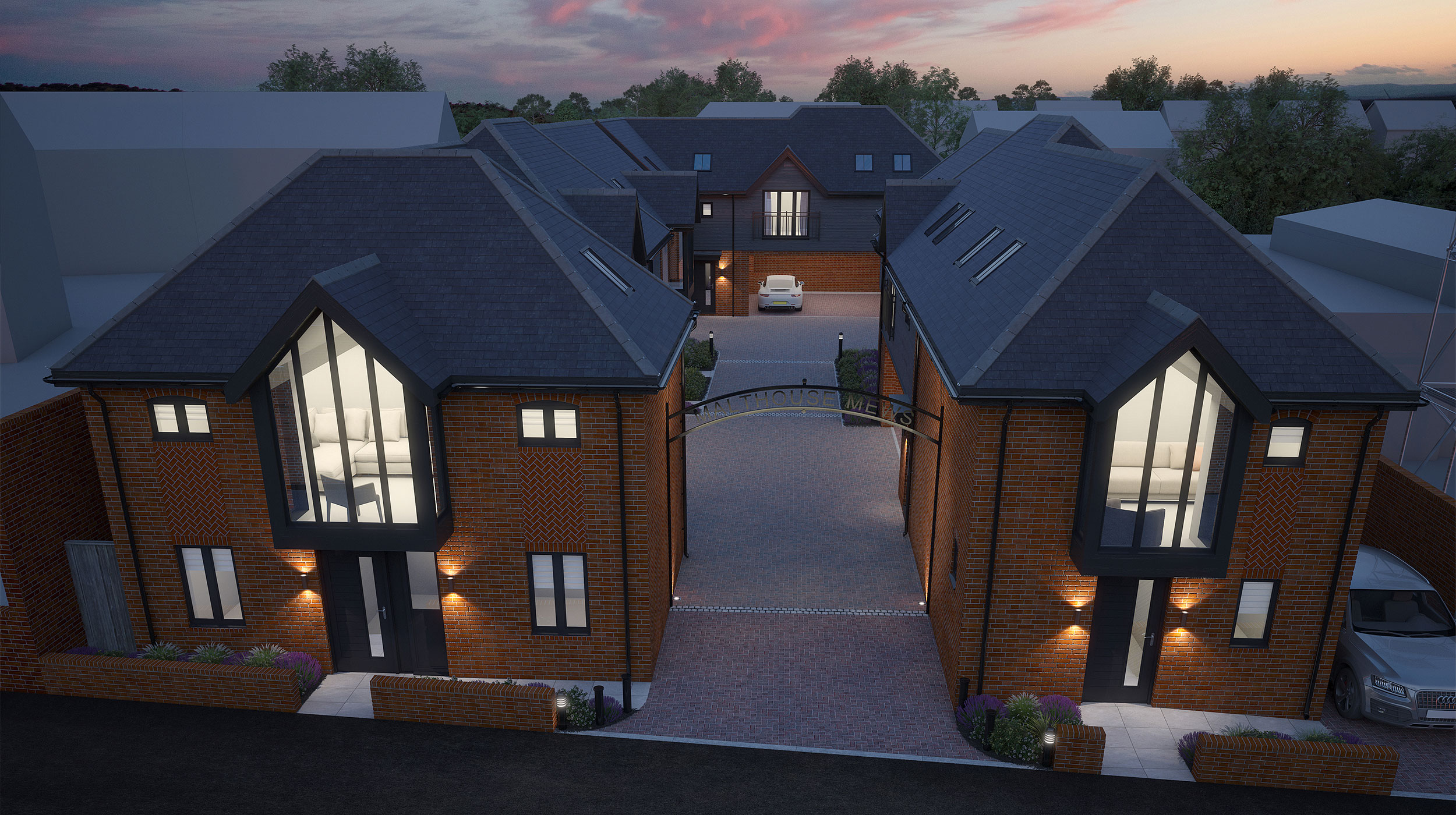 If sustainability and convenience are high on your agenda then this development on the doorstep of local shops, cafés and other local amenities ticks a lot of boxes.

Once part of Kenward’s Hartley Row Brewery, the site has now been renewed with the passion and care T A Fisher are renowned for. The Kenward House entrance arch is recreated in our designs for Malthouse Mews. 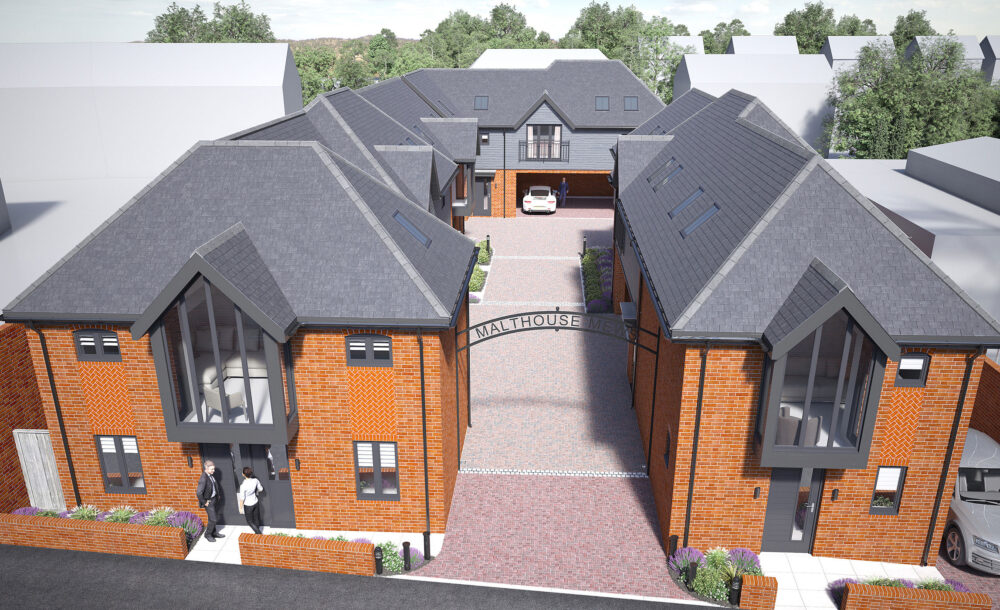 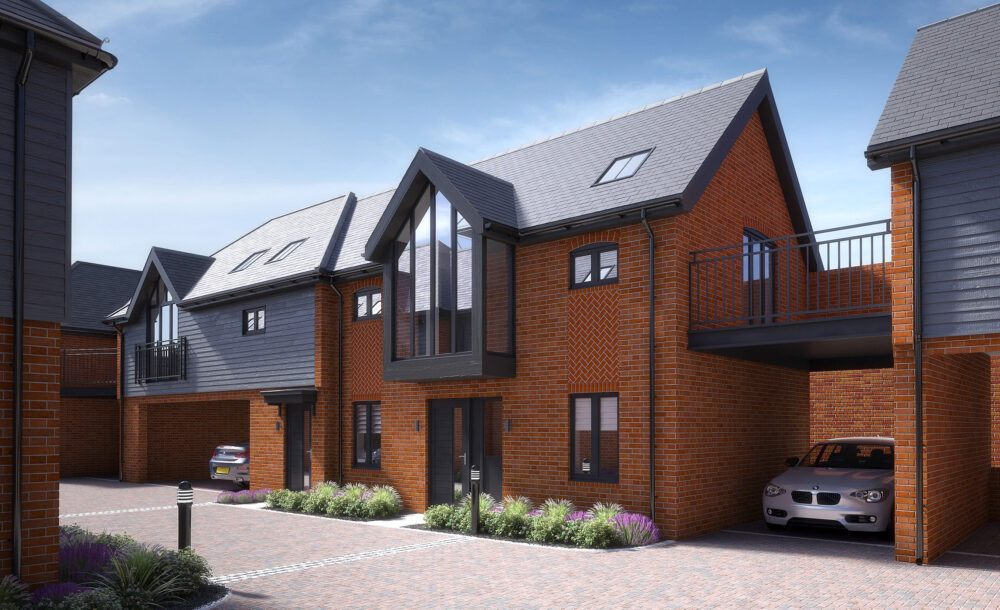 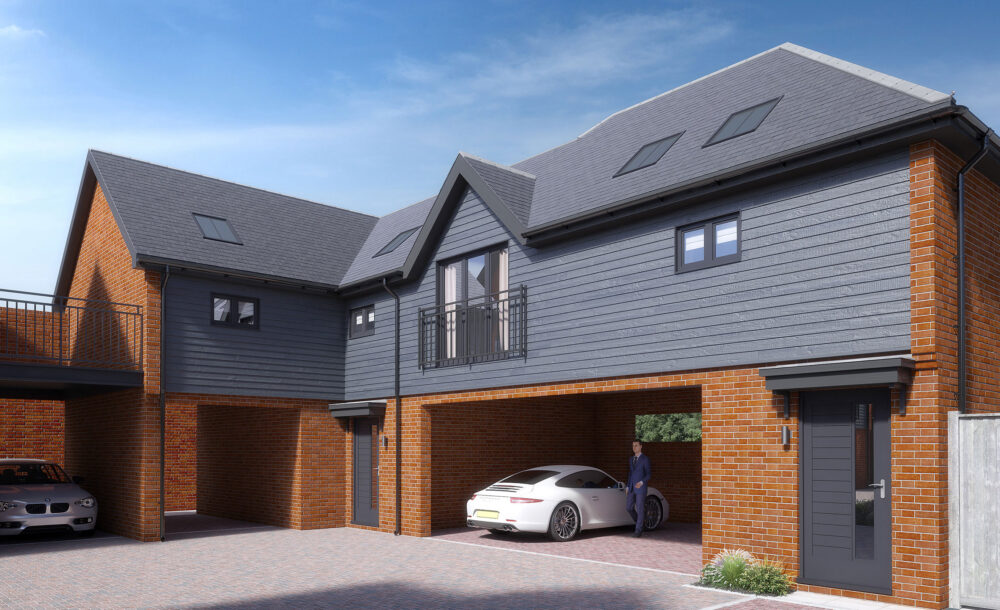 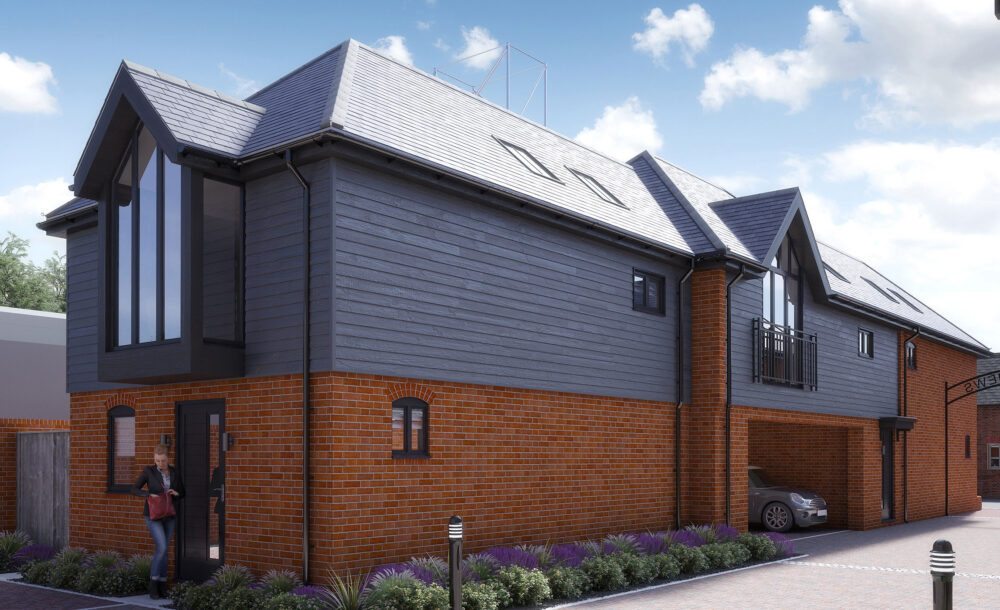 Malthouse Mews is a desirable gated development of just eight new homes in the centre of Hartley Wintney, located just off the A30, close to M3, Jnc 5.

The original Hartley Wintney Brewery was bought around 1836 by William Cave, a maltster who came to the village from Yateley bringing with him a 300 year-old business. His expanded enterprise owned many local pubs and supplied others with its beer.

He presided over the Brewery until 1876 when Thomas Kenward, a grocer who had formerly had a shop further down beyond the Baptist Chapel, took over both the brewery and the house which still bears his name.

Hartley Wintney has been consistently voted as Britain’s best place to live, and it’s easy to see why.

The settlement was claimed by William the Conqueror after 1066 and thrived on its reputation as a place to hunt deer for more than 600 years. Indeed, its very name is said to mean ‘deer in a clearing’. By the 13th century it was known as ‘Hertleye Wynteneye’.

The mainly 18th to 19th century village with its wide Hampshire high street sits astride what is now the A30, a former London stagecoach route and once a popular place for highwaymen to ply their trade.

Hartley Wintney has a wealth of beautiful Commons, ranging from Central Common with its majestic oak trees, Cricketers Green, one of the oldest pitches in the country, Hunts Common with its traditional orchard and Phoenix Green with its wooded paths and magnificent veteran oaks.

In 1805 Admiral Collingwood, who was in command of the Navy after the battle of Trafalgar, was appealing to landowners to plant oaks: “What I am most anxious about” he wrote “is the plantation of oak in this country. We shall never cease to be a great people while we have ships and we cannot have ships without timber.”

For more information, specification, and detailed plans please complete the short form below to download the brochure

Enhancing local environments
Find out more about us