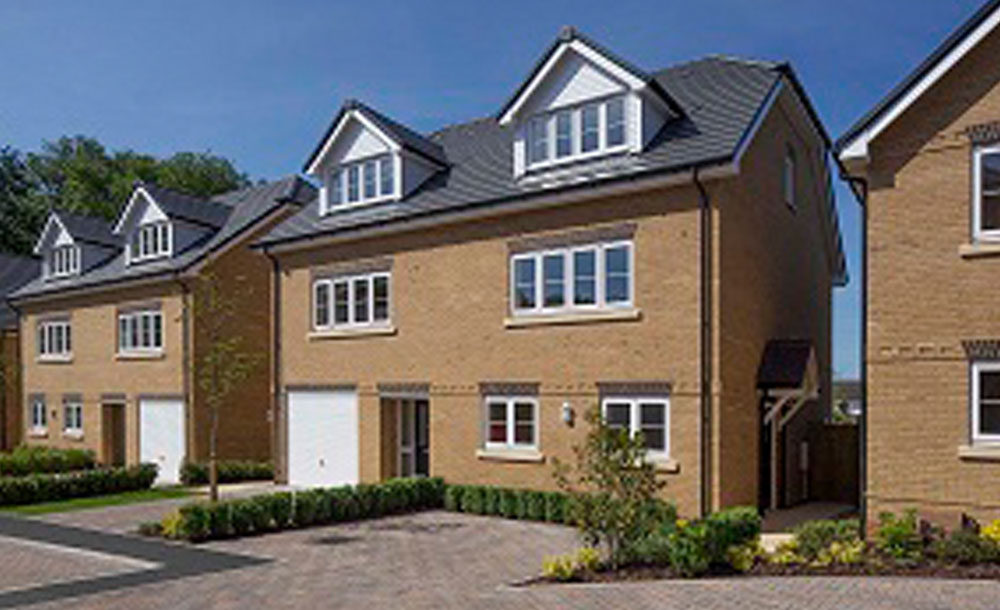 Sales on all 14 homes (2 phases) in a select T A Fisher development in Caversham have now been completed.

Construction on the second phase of six large detached and link-detached homes at Berrybrook, completed this Autumn and our estate agents for the scheme, Farmer & Dyer, reported very strong interest from the start of sales in April.

Partner, Damian Farmer, said in an uncertain market, the houses, sold particularly well with people noticeably enthusiastic about living in the private road which has been named Martin Cooper Close after a local man who set up theatre group, Masquerade.

He said: “The nice thing was that the people who bought them are all ‘quality’ buyers as soon as they saw them, they wanted them. There were no wishy-washy sales.

One reason for that, he said, was that homes on the development, which were particularly spacious inside and would suit a wide range of family groups, also had exceptionally large gardens.

One in particular – Plot 5 – had what he called a ‘supersized’ garden, a rarity in developments in such sought after areas.

Phase I, just eight homes completed in Spring 2015 and has also proved popular among prospective buyers.

Mr Farmer added: “They are just really good sized family homes and T A Fisher is a name they trust.”