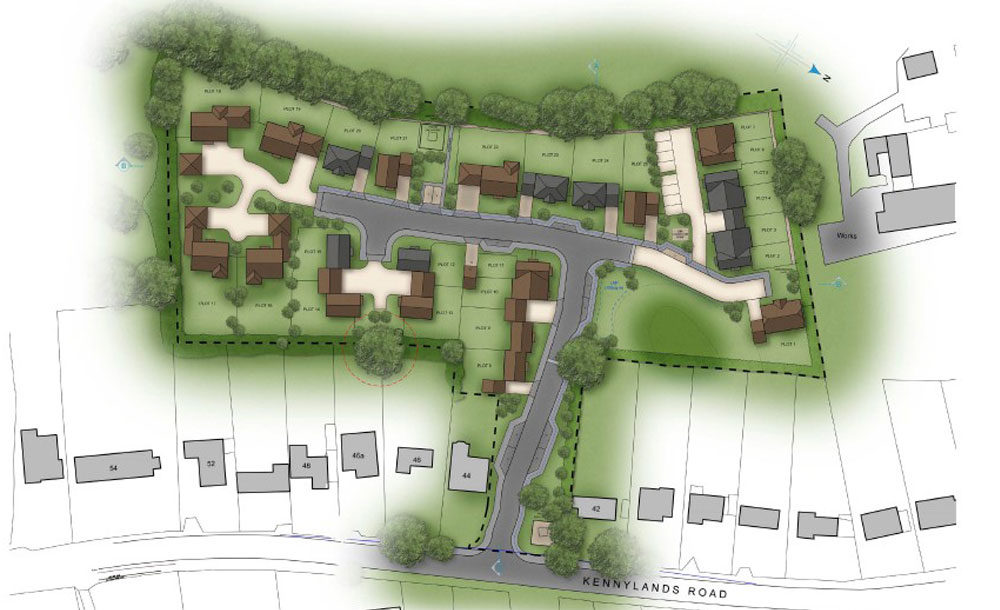 Theale-based housebuilder T A Fisher is hopeful its latest plans for homes in Sonning Common will be approved after an extensive round of consultation with residents and councillors.

The developer’s initial plans for 30 homes on a site, known as SON5 in Kennylands Road, were refused by South Oxfordshire District Council in October 2017.

An appeal was lodged but T A Fisher also drew up a new proposal for 25 homes (10 of them affordable) and began an extensive consultation process with Sonning Common Parish Council and nearby residents to try to ensure the latest proposal would satisfy concerns and meet the requirements of the Sonning Common Neighbourhood Plan.

A number of modifications have been made as a result.

The site is allocated for development and is one of the few remaining sites in the area which does not fall within an Area of Outstanding Natural Beauty.

T A Fisher development director, Steve Davies, said: “We have worked intensively with both the parish council and local residents to address their concerns surrounding the future development of this site and I believe the scheme we now have represents the optimal solution for all parties that addresses all the issues which have been raised.”

The new planning application has now been submitted to South Oxfordshire District Council.