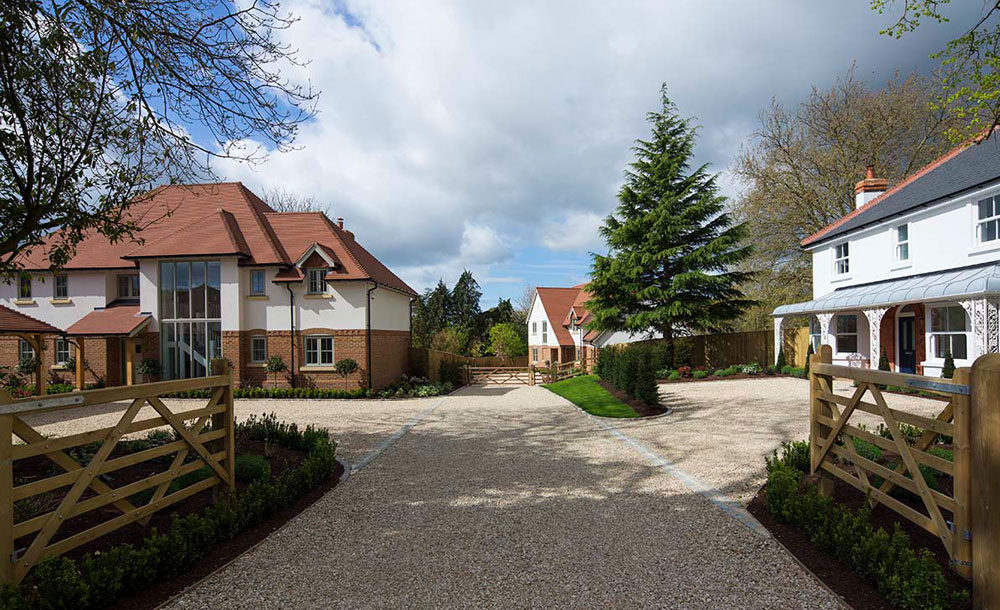 A stunning T A Fisher development has made it to the finals of the Thames Valley Property Awards.

Our Square House scheme has been included on the shortlist in the Residential Development of the Year category for TVPA 2019.

Square House, a 120-year-old former doctor’s home and surgery in Peppard between Henley and Sonning Common, was brought back to life by T A Fisher as a remarkable family property.

The four-bedroom detached house now has all its original charm, yet the interior boasts modern hi-spec facilities and appliances.

In its ample grounds we built two further large family homes, both unique in their architecture but carefully paying tribute to the arts and crafts style of the early 20th Century.

But the scheme was not just about the new homes. We moved a dangerous access to a safer part of the site with built up kerbs either side to further aid safety and visibility.

The result is three high quality family homes, better use of the site and a significant upgrade in safety which will benefit the new owners and all users of the roads around the site.

Winners of TVPA 2019 will be announced at a black tie dinner at Ascot Racecourse on May 2.

T A Fisher managing director, John Fisher, said: “We are incredibly pleased with the end result of our work at Square House.

“It’s one of our smaller schemes but it’s one which stands out and, we feel, is worthy of recognition.

“It is unusual for us to enter awards but have made an exception this time around.

“There is a certain degree of satisfaction in preserving older, distinguished buildings and if one can achieve that alongside the creation of sympathetic new build designs then that’s very rewarding indeed.”