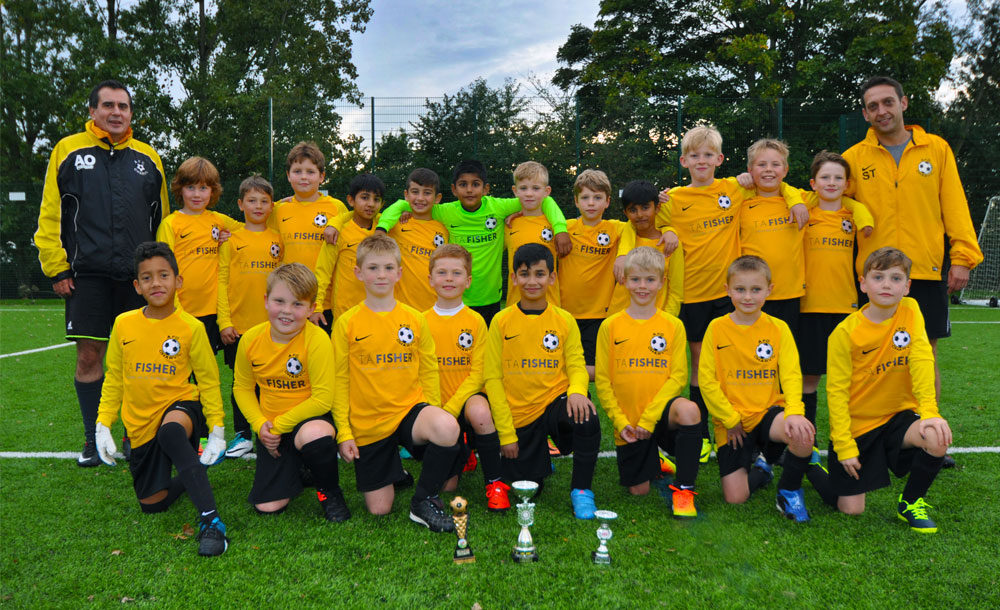 T A Fisher has teamed up with AFC Charvil to ensure its young players are entering the field resplendent in a new kit.

Players for both Charvil and Charvil Colts, which both compete in the East Berkshire under 9s League, are now taking to the pitch bearing the name of the Thames Valley’s best known local housebuilder.

T A Fisher supplied kits for both teams after a request from one of the young players who had a family connection.

Spence Nichols, one of a number of volunteer parents who helps run the club, said without the sponsorship from T A Fisher they may have had to ask parents to dig deep.

He said: “Being able to provide 20 children with a shiny new kit has been great. They love it.

“The boys all love their football. We are very proud of the teams and it’s great to see the confidence of each player increase as they get together in a team environment.

“They are very excited to have a new kit for the new season. All the parents are very pleased T A Fisher could support the team and it is great we can support all the boys in learning new skills and being part of a team.”

Both teams are on the up after a good season last year when each reached the semi final of their respective cup competitions.

Charvil made it through to finals day in Ascot.