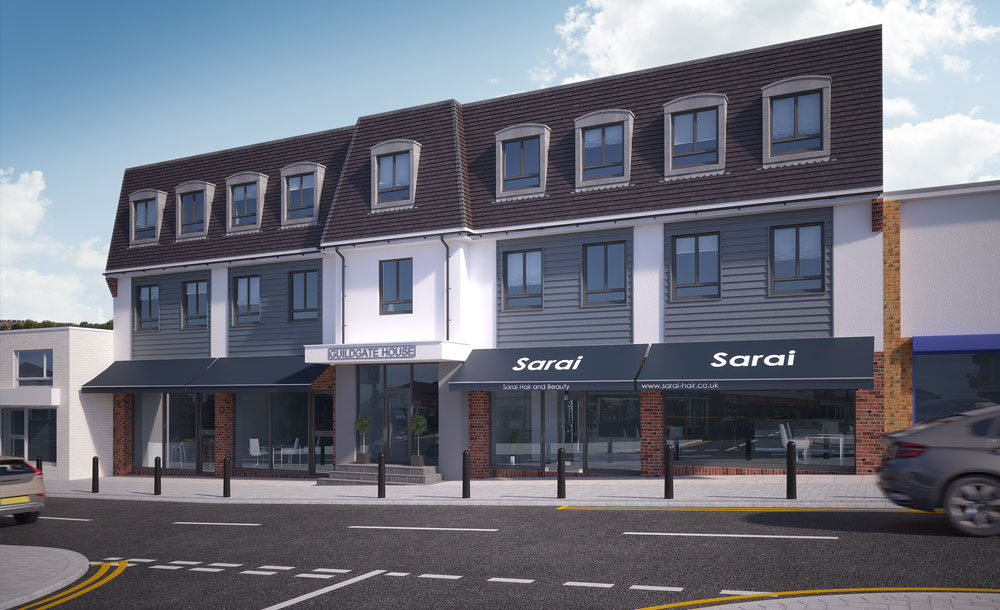 The attraction of apartments at Guildgate House in Crowthorne doesn’t stop at what is inside them.

The development of 16 apartments is on Crowthorne High Street where, among some well known names, there is a host of independent retailers ranging from The Wool Retreat which opened in 2015 to Newman’s, a shoe shop dating back more than 120 years.

A hardware shop, chemist, butcher, gift shop and an electrical appliance shop are also among coffee shops and tea rooms all within easy walking distance – and there is still room for supermarkets and a Post Office. Along with the combination of old and new retailers, parks and the train station are just a few minutes walk.

T A Fisher managing director John Fisher said the mix of operators symbolises Crowthorne’s attraction as a hidden gem in the centre of the county.

He said: “It’s almost a step back in time. It’s characterised by a good many local retailers and it’s somewhere I think people will feel more secure than in a big town.

“The development itself is just 16 apartments and very unlike being in a block. This is a small development and all the apartments are private. This kind of project in a location like this is quite rare.”

First time buyers have been quick to show interest in Guildgate House with prices for the studio apartment in the scheme starting at just £160,000.