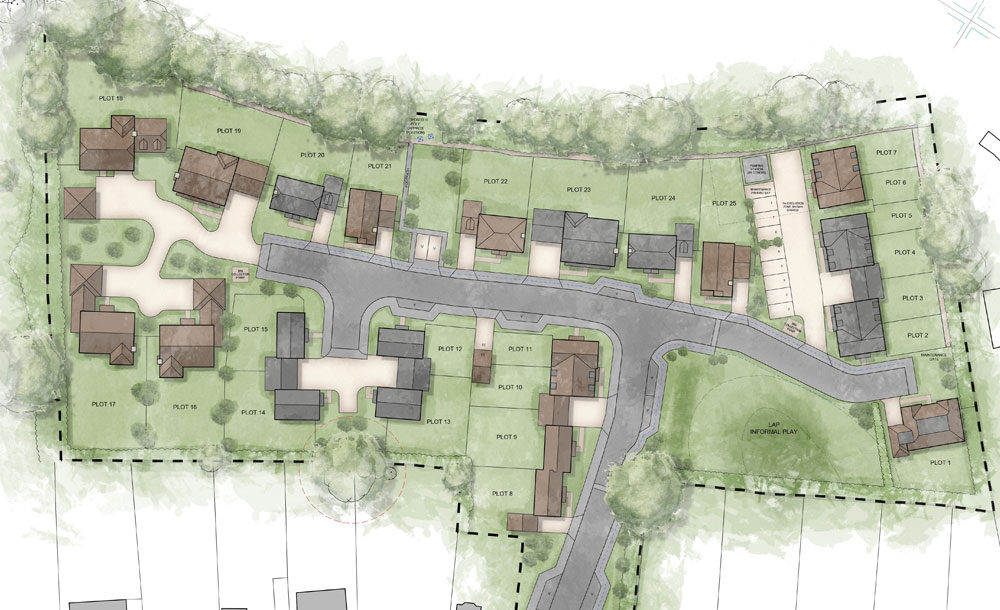 Plans for much-needed new housing in a South Oxfordshire village have been given the go-ahead after extensive public consultation.

Developer T A Fisher obtained the permission after securing a housing allocation in the Sonning Common Neighbourhood Plan for the 1.5-hectare site on the edge of the Chilterns Area of Outstanding Natural Beauty.

The plans allow for substantial landscape buffers to soften the transition to the countryside and existing housing in the village.

The development, on land behind Kennylands Road, will comprise 15 open market and 10 affordable homes and will include relocating existing overhead power lines that cross the site, underground.

He said: “Our team here at T A Fisher, along with our planning consultants Pro Vision, has worked closely with the local community and council officers to achieve this outcome, demonstrating that a patient approach, working with local residents and parish representatives, can overcome obstacles and deliver much-needed new homes even in the face of initial resistance.

“We look forward to delivering a high-quality living environment for our future residents that I am confident will be a positive addition to the local area.”

Construction of the access road is due to start in Summer, 2019.

The developer has withdrawn its planning appeal on a previous application for 30 homes on the site that was refused by SODC’s planning committee despite having officer support.