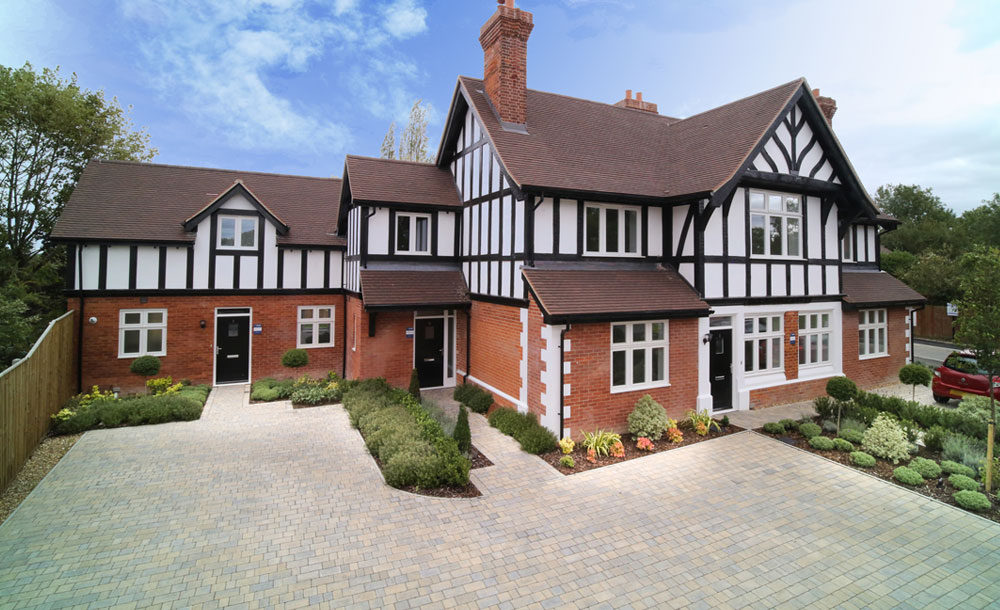 T A Fisher is delighted to confirm the legal completion of our final plot at Castlebrook, North Warnborough.

The sympathetic restoration of what was previously the Jolly Miller public house, transformed the neglected building into four individual luxury new homes. The addition of seven new build homes also created a fabulous development within this popular village. The properties have been individually designed to sit within this conservation area and complement the surrounding houses including Castlebridge Cottages, a row of 15th Century Grade II listed house located at the entrance to Castlebrook.

Although the former Jolly Miller pub was not listed, T A Fisher have developed a scheme that ensures the character and heritage of the building has been protected. Such was the admiration for the Castlebrook, the scheme was a finalist in the prestigious Thames Valley Property Awards, demonstrating this development as a best in class.

The new residents at Castlebrook feature downsizers moving to the area to young families seeking a larger home for their growing families. T A Fisher have received praise from  residents living on or Castlebrook development stating how in keeping the development is with the local area and what a pleasure it is to live at what is now named Jolly Miller Close..

In summing up the development, Development Director Steve Davies, said: “We are delighted with the finished product at Castlebrook. The old pub had great character and architectural detailing but it was in a terrible state when we bought it so to see the building transformed into what it is today is a credit to all who had a hand in the project. The building has a new lease of life following the conversion that together with the complimentary new homes to the rear create something we are genuinely proud of and we hope it will be enjoyed by all the new occupiers for many years to come”.

Other T A Fisher schemes with new build availability are Malthouse Mews in Hartley Wintney, Tower House Farm in Mortimer and Paddock Green in Sonning Common.